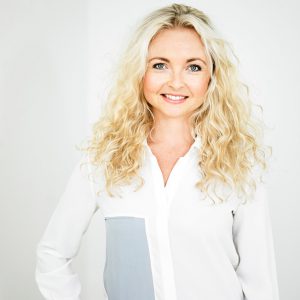 “You don’t say. There’s no way. No one would ever be able to tell.” That’s the response I usually get when I say I had cancer. Fortunately. Who would want to be gaunt, pale, and bald forever after?

Although the grim days of cancer are now past me, there’s nothing pleasant about uttering, “I had cancer.” Why? Because it reminds you of the hell you lived through, and because it can make people’s eyes pop quizzically out of their sockets as they do a double-take about whether they heard “have” or “had”. To put an illness in the past tense requires both experience and awareness. I practice every day. I have to. Not because I want to declare it out loud to everyone I meet, but because cancer has left a big scar — a constant reminder of what I experienced — on both my body and soul.

My right leg is now made of metal. It comes with some physical limitations that often require me to ask for help or find an excuse if I don’t decline an activity outright. I can’t walk very far and can hardly carry my own suitcase or take the trash out. I’m certainly no longer able to ride horses or go skiing, the very activities that were once my favorite things in life. My native thirst for speed has me enthusiastically driving a three-wheeled electric trike called Victoria instead. An unusual couple zipping along the bike lanes of Copenhagen, we turn heads and prompt all kinds of glances and queries at intersections and red lights.

What does my metal prosthesis actually look like? It sits under my skin. My foot and thigh are my own, but the bone in between is made of metal. (If you’re raising your brow, it’s completely understandable — I’ve even met doctors who didn’t believe it was possible). Were it not for my physical limitations and the long scar, people wouldn’t be able to tell that anything had ever been awry. And maybe people are right; maybe I don’t look like someone who once had cancer. But who does?

How I got strenght

I will never forget the day a very special person unexpectedly walked into my life for ten consequential minutes. I wasn’t able to detect her prosthesis either. I lay in bed, chemo gray and nauseous, when a blond woman in her early twenties opened the door to my hospital room.

“A few years ago I was in your bed,” she explained. Then she lifted her pant leg to reveal a scar running from her thigh to her ankle.

In the decade that has passed, my leg has hardly become normal. It has, however, healed well. The limitations may not have gotten easier, but my hair is long and more-or-less shiny, and it’s now time for me to move past the emotional scars too. May this blog, together with my book, be someone else’s Susanne.

Want to read more? Receive a free chapter from my book Willpower Girl – A Teenager’s Trek Through Cancer, or get the entire book here.