How To Win – Even When You Feel Lost? 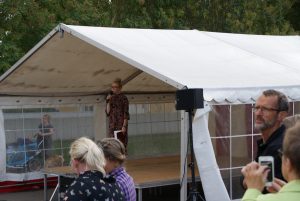 Seven years ago, I was on stage for the very first time. My heart was going crazy. And so was my mind: What would the audience think? Would anyone even like my speech? And what if they didn’t? How could I possible win the situation?

I was a debutant with a big D. The first version of my book wasn’t even published yet. My editor was still reading, and I was about to give up on everything. I had been working so intense on the script for several months, and now I just wanted to be done with it. To see it on print and hold the result in my hands. But instead I was walking towards a speaker’s club trying to be cool.

I have never liked standing in front of a crowd. As a child, I was always hiding behind my mother’s clothes. I don’t remember enjoying any school presentations at all. I do remember all the worries and endless mornings picking out outfits that would reveal the least sweat.

That essential day seven years ago I asked myself: Why on earth did you have to say yes to this speech? Why don’t you just admit your weakness and go home?

My hands were shaking, when I took the microphone. It was one of those handhold ones, and I my damp fingers almost dropped it. My voice sounded strange, as I introduced myself. I had forgotten my notes. What was I supposed to say next? 200 eyes were staring at me, waiting for me to say something. Could they see me sweat?

Right there it hit me: It could be so much worse.

It wasn’t that bad

Yes, it was way out of my comfort zone. Yes, I really had a bad time. Really! And, yes, I was having second thoughts (could I somehow fake a pain, that would excuse me?). But actually, it wasn’t that bad. It wasn’t unhealthy or life threatening or anything like that. It was simply just a new situation, and just felt lost. I wasn’t lost for real.

When two young and chemo bald girls expressed how much hope my speech had given them, I decided to change my attitude. Right then and there. From that moment, I decided to stop feeling lost and start enjoying the opportunity to be someone else’s hope.

But that was my sense talking. It took me a while to get my emotions along

Four speeches later the book was published and my voice stopped sounded strange on stage.

This week I did my speech number 70. It took place at Relay For Life. I still sweat a little on stage, and my heart is still beating relatively fast, but I don’t worry about it anymore. Today, every moment on stage feels like a gift. Because it reminds me of how privileged I am, actually being able to experience how it feels to help someone else. And it also reminds me what life is all about:

Worry as little as possible

Enjoy as much as you can

Love as much as you can

Help as many as you can 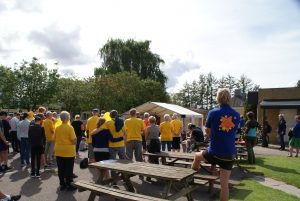